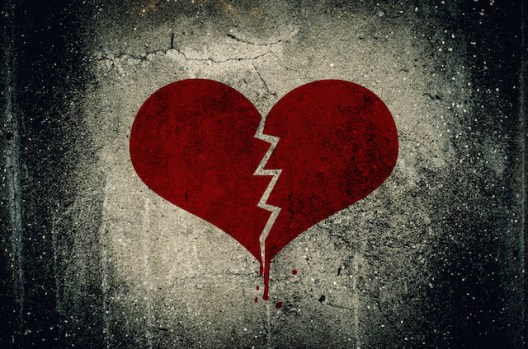 A heartbreak is everyone’s fear when they get to a relationship. The thought of it makes one think twice if they really want to commit themselves to the courtship. It will seem painful already before it happens, this instills fear and sparks a tension mood, a feeling of uneasiness.
So many questions run in one’s mind. Let’s say for the ladies. Will he love me as I do? Will he be that committed as I want him to? What if he finds a better lady than me? What if his real intentions are not out yet? Is he true to what he says and promises?….                All these questions and many more with no answers will be swaying in the girl’s mind and land her to a vast land of confusion. (The worst thing to happen at this point) If he realizes the lady’s dilemma, he will smile of the opportunity and then push ahead to entice her into the relationship. She will fell for the trap willingly.

Being in such a situation, now what was feared the most is going to drop right before her eyes. Not a guarantee but a most likely the possibility. Some men will take advantage especially if they never made any efforts to shade some light on the unanswered questions she had. She will be in the dark the whole “courtship” and not knowing when some light will show. It pains already,  but for the sake of the love-connection, she will try to be patient hoping all will be well.

As the clock ticks, he will be distancing himself day by day. Cutting on communication; less texting and few calls,  from three calls a day to one then twice a week. Dear charming lady, it is not that he will ring a bell and tell you that now our round of courtship is done, that is the best way he will whisper to those deaf ears and blind looking eyes.                                                     From the start he had ill intentions, what you didn’t know and didn’t want to see while it was really clear. He didn’t love you as you did, he just dropped his charming vibes at the best timing and as expected, blindfolded you.

It isn’t as hard to avoid a heartbreak as many think,  it can clearly be seen from a mile away. Just a matter of having one’s eyes open and following your instincts other than letting emotions cloud your way of thinking and judgment.